Introduction and Implementation of an Inquiry-Based Curriculum

A partial publication of materials related to the development and implementation of a curriculum in regards to SGH associated activities. 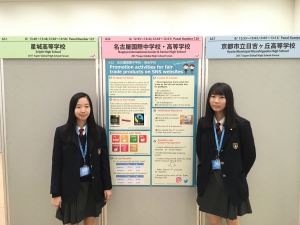 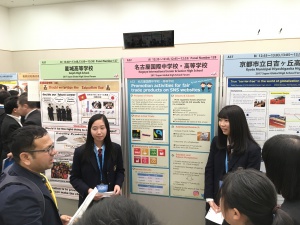 Four JHS 2nd graders participated in the 2017 UNESCO Exchange Meeting sponsored by Aichi Prefecture, held at Tokai City Art Theater. Our students presented on Sus-Teen!, and many participants were pleased with the students’ lively and energetic presentation, and they were also able to learn more about the UN’s SGDs (Sustainable Development Goals). Sus-Teen! is one of the student-directed projects that NIHS has been implementing since being designated a ESD school by MEXT in 2016. 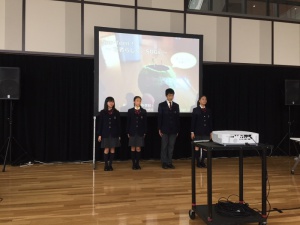 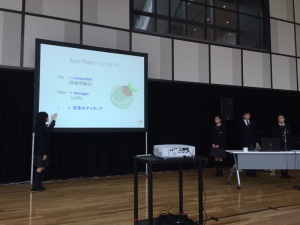 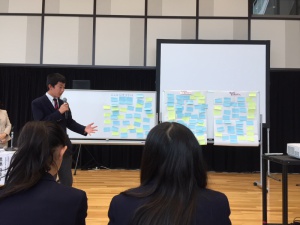 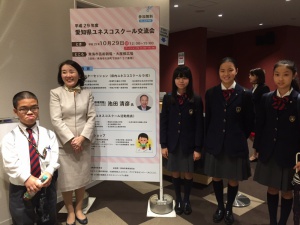 - Five students from NIHS (2nd and 3rd graders) attended a Global Discussion class hosted by the Education Department of Nagoya University. The discussion topic centered around Japan’s role in the clash between a liberal economy and a protectionist economy. Students from other schools, both Japanese and foreign students, presented their opinions and arguments on this subject.

- In this course, developed for 2nd year students, topics such as “Multicultural Appreciation and Mitigating Natural Disasters”, “Economic Activities and Poverty”, “Social Activities and Recycling” were addressed in class. Students are introduced to, and made aware of important global issues in class. Case studies highlighted the difficulties of disaster support in less developed countries. Workshops highlighting the connection between daily life and social tasks were also conducted. At the end of the activity, students were taught how to protect themselves from disasters in the Kawaguchiko Area.

- SIA Advanced Program II started being offered to 3rd grade students. In this class, students are in charge of deciding their research subject and the methodology of exploration. Discussion of current events and social problems also take place. 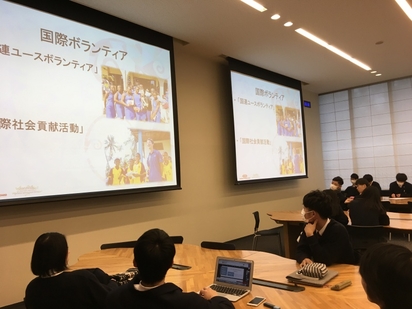 On March 19th, 234 teams from 84 SGH schools participated in an event held at Kwansei Gakuin University to showcase their schools’ SGH project activities. Students from NIHS held a poster presentation on the theme of fair trade. Participating students from NIHS were impressed with the global thinking skills of other schools’ students. 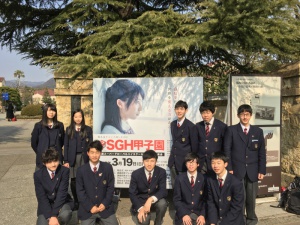 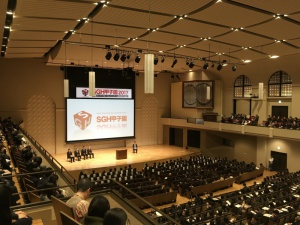 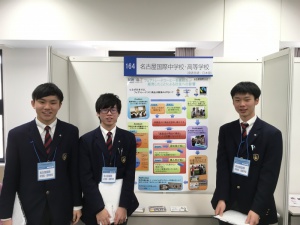 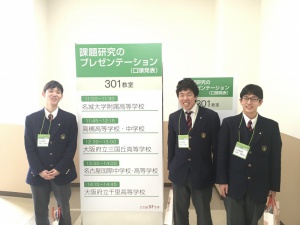 Fifteen students from our school volunteered at a charity event in Naka-ku, Nagoya City. The main objective of the event was to raise awareness about the homeless children in the Philippines, and to provide them with financial aid enabling them to have a brighter, better future. Students from our school who had previously visited Manila were keen to get involved and asked what they could do to help. They were inspired to raise awareness amongst their friends and invited them to participate in the event.
We would like to continue to encourage our students to take initiative and to become more internationally open minded. 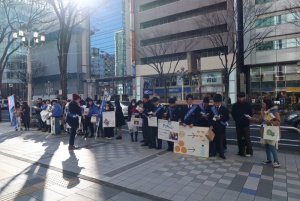 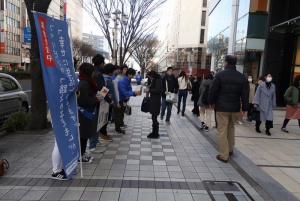 Students from DongGwangYang Junior High School in Korea joined our students in a discussion. January 19, 2017

On January 19th 2017, students from DongGwangYang Junior High School in Korea joined our students in a discussion about future goals and possible career choices. Despite the language barrier, all of the students were able to overcome early nerves and through the use of icebreakers and introductions, they were able to converse in Japanese, English and Korean. Each and every student was able to present in English using English as a medium. Our students have since expressed that they were able to recognize the differences and similarities in values, cultures and ways of thinking. Through such international exchange, we hope our students will become more internationally open minded. 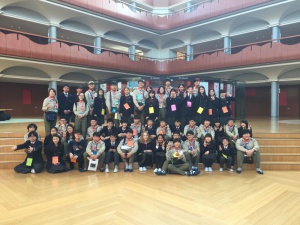 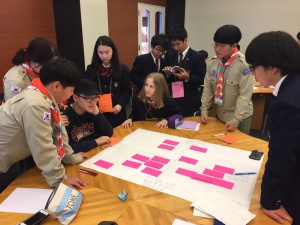 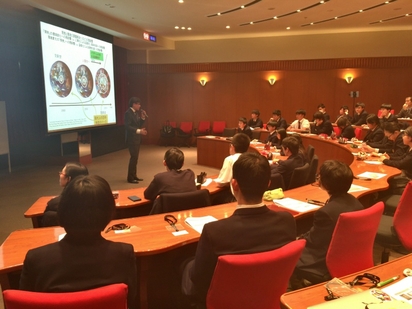 Our school hosted a conference to discuss “sustainability,” a major theme debated among Super Global High Schools. Yuto Kitamura from the Graduate School of Education at the University of Tokyo shared his thoughts on the matter, and then later led group discussions during the conference. The topics of discussion included environmental issues and healthcare. Our goal was to think of a way of creating a sustainable solution to these problems. The conference also discussed problems within our school. 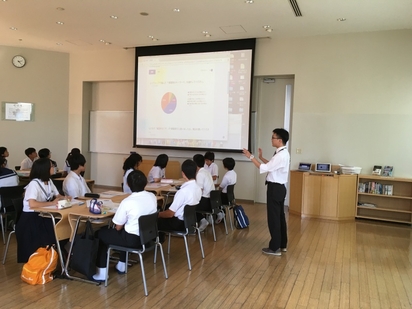 We held an SIA Advanced Program Public Course on August 26 at a school information session for junior high school students. More than 200 participants took part. The contents of the Sustainable Development Goals (SDGs) adopted at the United Nations Headquarters last year were introduced by utilizing our original story teaching materials. These materials included such societal problems as poverty, death from overwork, and child labor. Many problems occurred in villages that appeared in the stories, and in the process of the discussions we were able to determine both cause and solution. We lectured about the importance of awareness as the custodians of the SDGs in working groups that addressed multiple aspects of societal problems and diverse approaches to solving them. 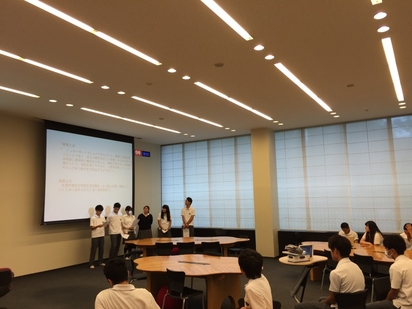 Beginning this year, we have introduced at our school, Inquiry-Based Curriculum, in reference to solving societal problems.  We are promoting our school’s designated course by establishing “Sustainability”and introducing the “SIA Advanced Program” as our school’s designated subject.  *SIA is an abbreviation for the concept of our school, “Sustainability in Action.”
We explore societal problems and hold group discussions in the “SIA Advanced Program.” We conduct presentations based on arguments in regards to exploring and solving problems that take into consideration the point of view of high school students.  In the classroom, by learning basic knowledge about societal problems, how to think fundamentally when participating in social activities, how to research materials, and organizing reports and posters, they will seek more practical way of solving problems. From now on, we will analyze from multiple angles how pupils deal with subjects and how much they understand, and then we plan to evaluate pupil evaluation rubric. 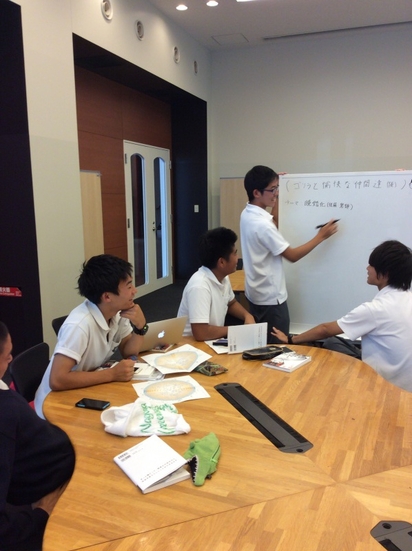 We are publicizing materials related to the introduction and implementation of a new curriculum reflecting SGH themes.  These materials are informed by some of the many SGH Associate activities that have engaged us during 2015-2016. 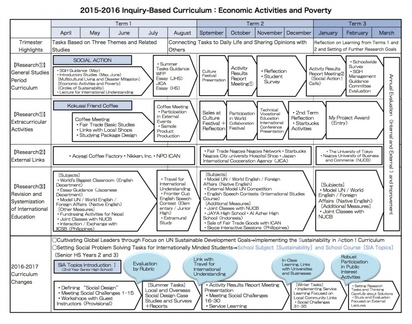 Trial Version of a Rubric focused on Cultivating International Mindedness

The rubric takes the form of an evaluative matrix indicating what students should study and what they should be able to do.  It also sets forth concrete evaluative standards for different levels of academic achievement.  It outlines an outcomes-based assessment that evaluates students in terms of the five fundamental skills and dispositions previously identified by the school as essential for students aiming to become global leaders.